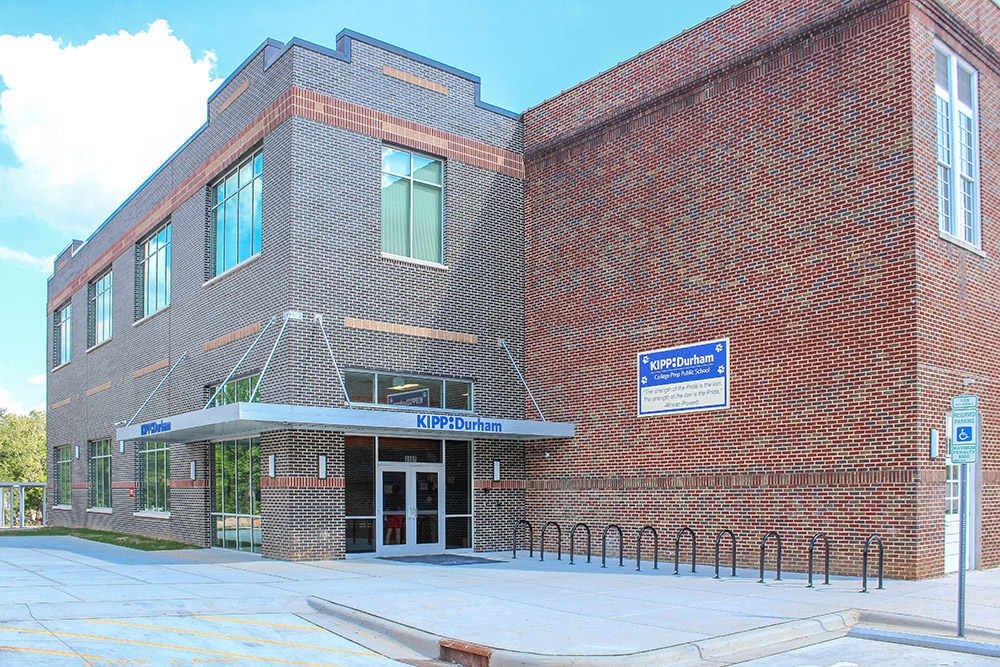 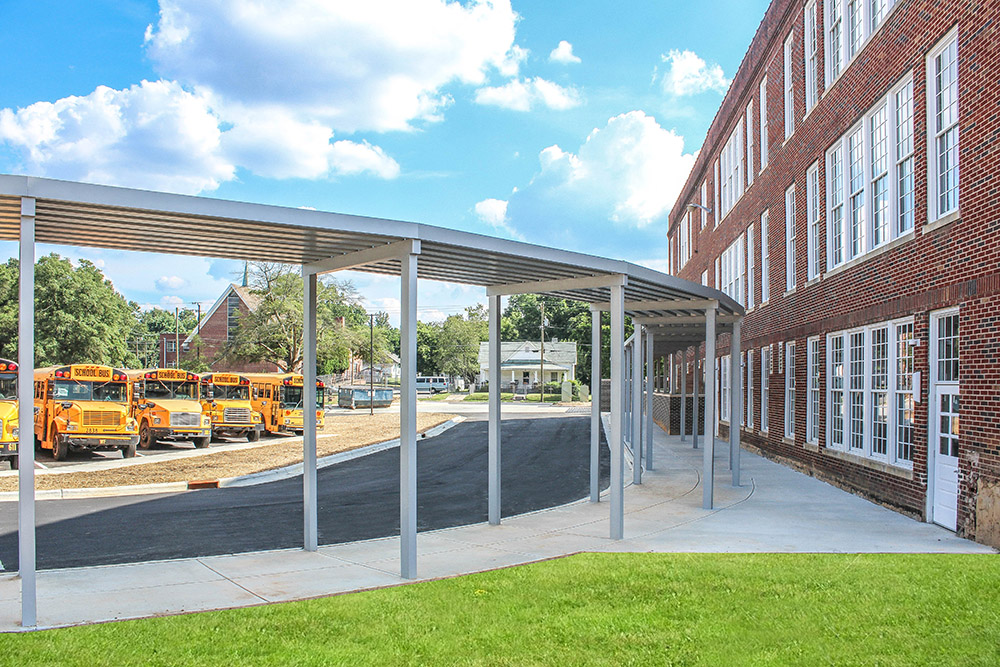 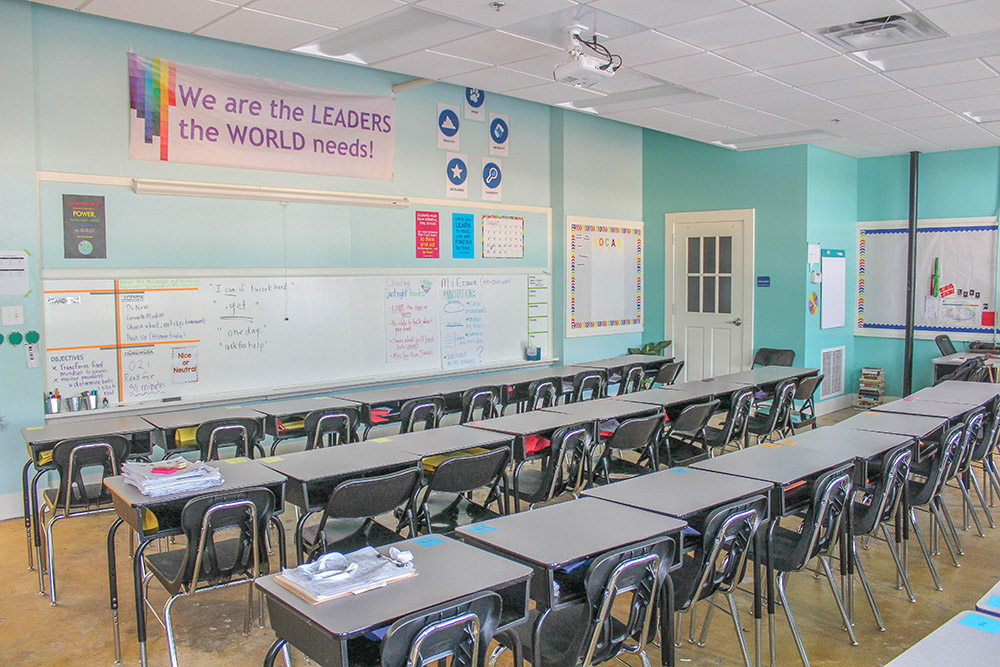 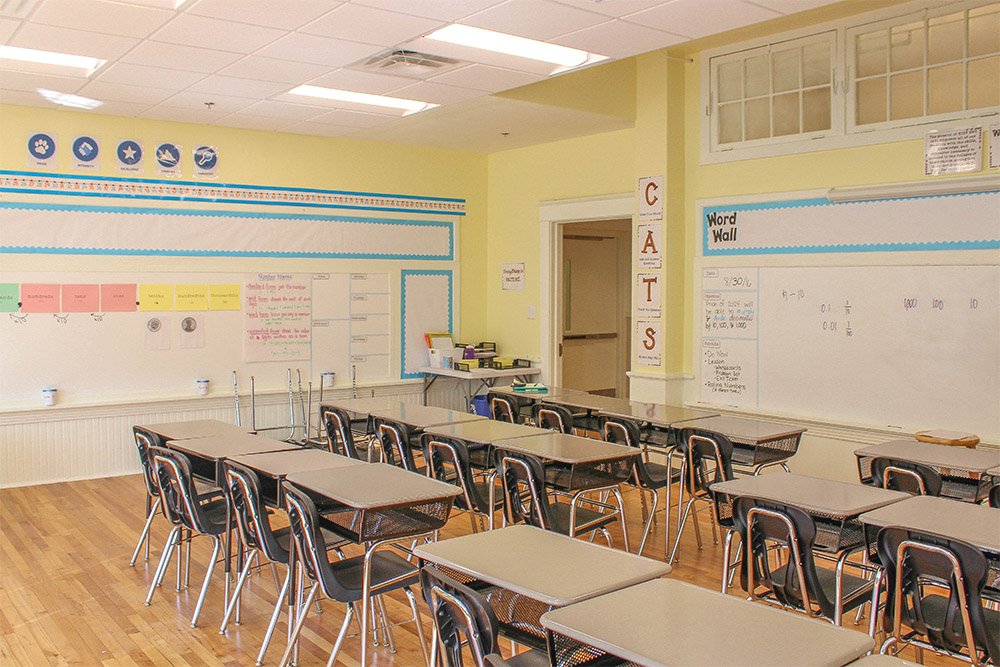 The first phase of this project involved modifying the existing gym building to house four temporary classrooms that the school could use during the construction of the main building. The existing gym floor was protected in anticipation of a reconversion later on. All systems were updated to support the new use of the space. While the school occupied roughly 5,000 square feet of the gym, construction began on the main building.

The existing building, the historic Holloway Street School, is roughly 45,295 sq. ft. and has not been occupied since the mid-90s. An addition of roughly 7,894 sq. ft. was erected to modify the U-shaped building into a square with an inner courtyard. Major utility and site work was involved to serve the new school and allow for bus loading and carpool lanes. Due to the historic significance of the building, many of the existing features were saved. Coordination between fire suppression, mechanical, electrical, and plumbing contractors was imperative to limit the disturbance to the architectural features. Plans are underway to reconvert the gym back to its original use with repurposed hardwoods, new paint, new lighting, and a new roof.

In the future, it is likely that another building will be added to the campus to increase the age range of students.

This website uses cookies to improve your experience. We'll assume you're ok with this, but you can opt-out if you wish.
Accept Reject
Manage consent

This website uses cookies to improve your experience while you navigate through the website. Out of these, the cookies that are categorized as necessary are stored on your browser as they are essential for the working of basic functionalities of the website. We also use third-party cookies that help us analyze and understand how you use this website. These cookies will be stored in your browser only with your consent. You also have the option to opt-out of these cookies. But opting out of some of these cookies may affect your browsing experience.
Necessary Always Enabled
Necessary cookies are absolutely essential for the website to function properly. These cookies ensure basic functionalities and security features of the website, anonymously.
Functional
Functional cookies help to perform certain functionalities like sharing the content of the website on social media platforms, collect feedbacks, and other third-party features.
Performance
Performance cookies are used to understand and analyze the key performance indexes of the website which helps in delivering a better user experience for the visitors.
Analytics
Analytical cookies are used to understand how visitors interact with the website. These cookies help provide information on metrics the number of visitors, bounce rate, traffic source, etc.
Advertisement
Advertisement cookies are used to provide visitors with relevant ads and marketing campaigns. These cookies track visitors across websites and collect information to provide customized ads.
Others
Other uncategorized cookies are those that are being analyzed and have not been classified into a category as yet.
SAVE & ACCEPT